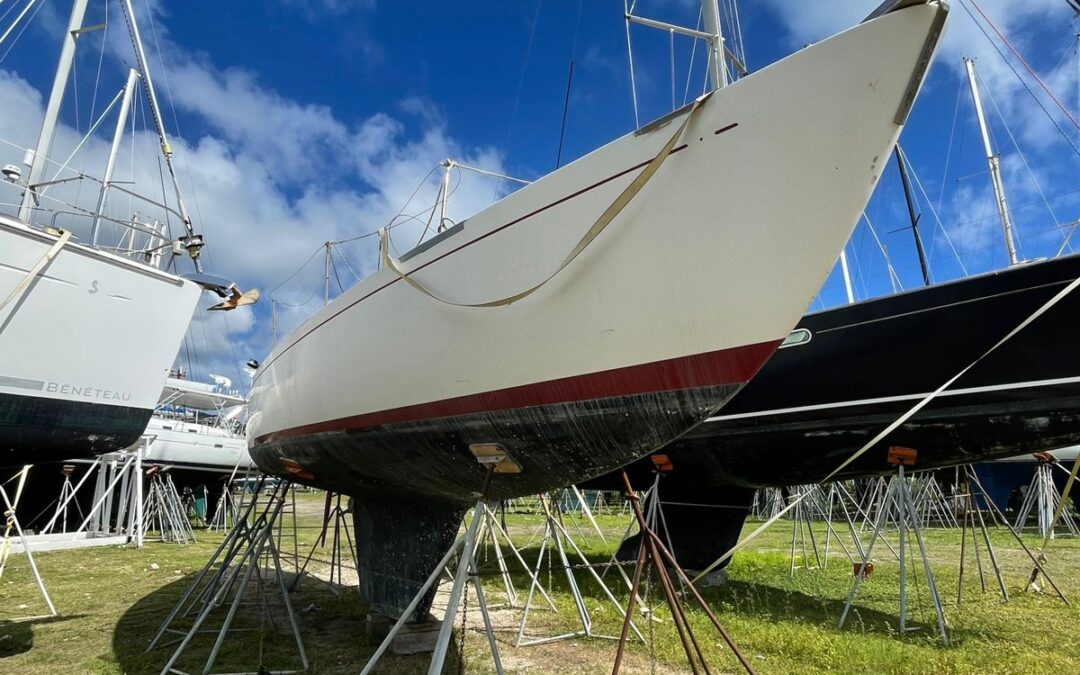 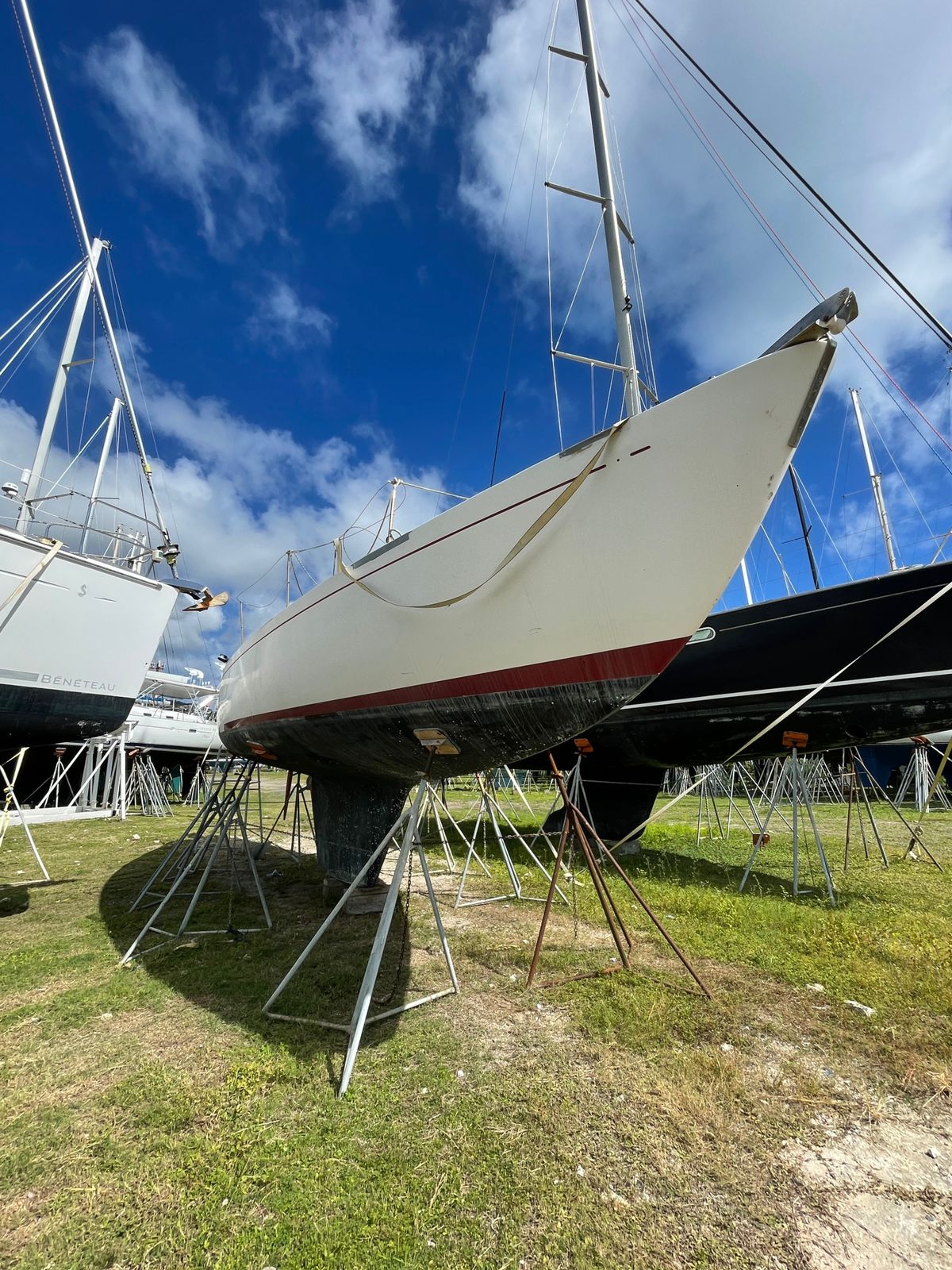 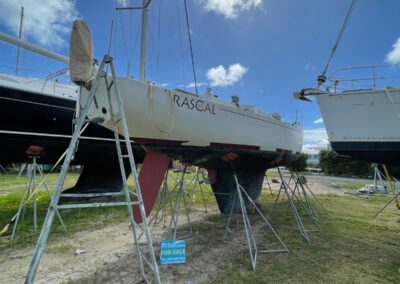 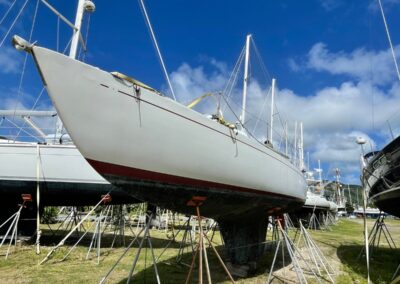 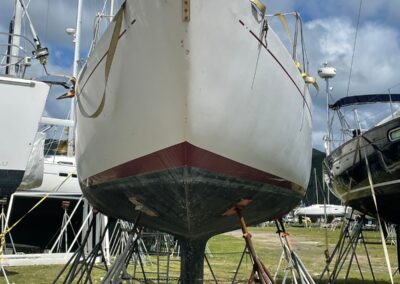 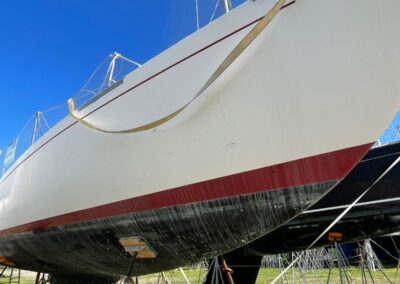 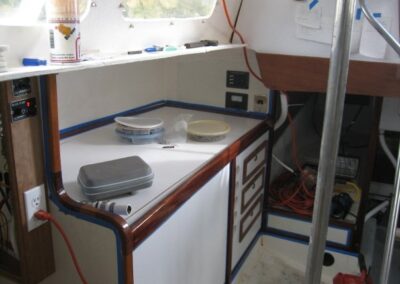 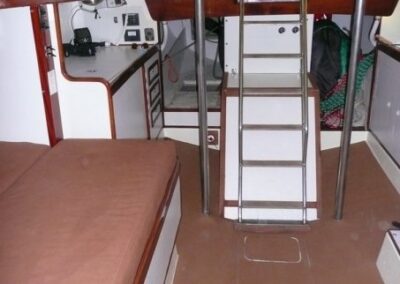 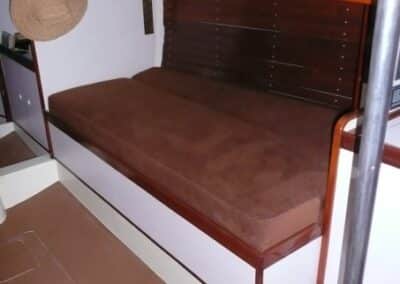 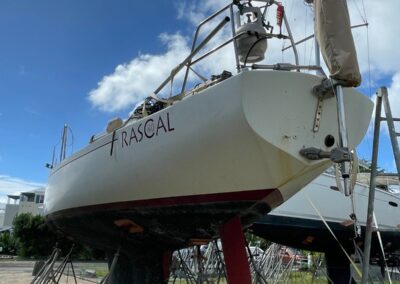 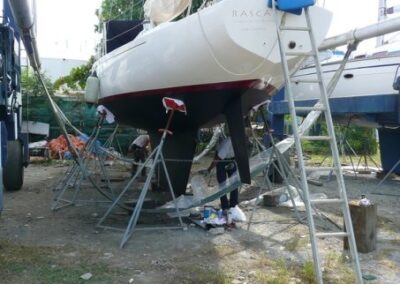 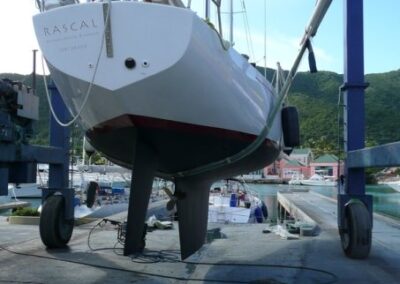 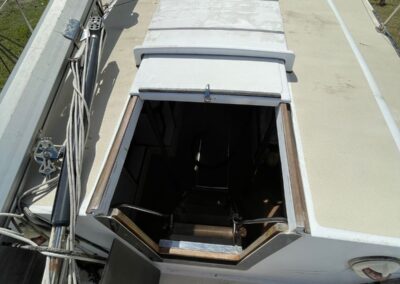 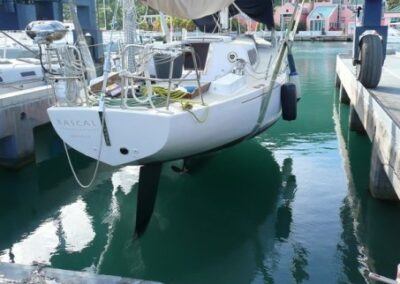 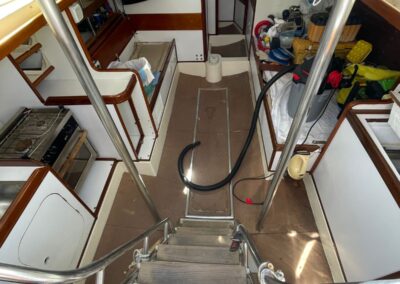 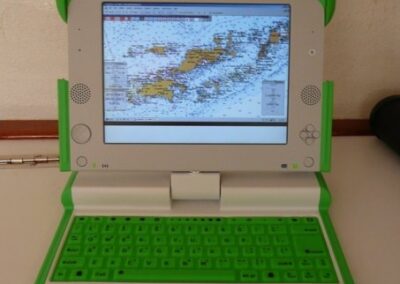 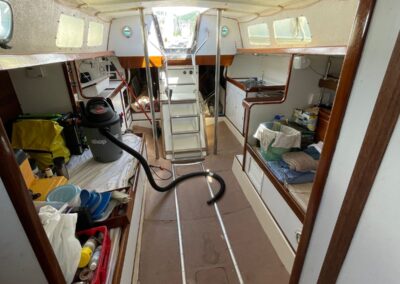 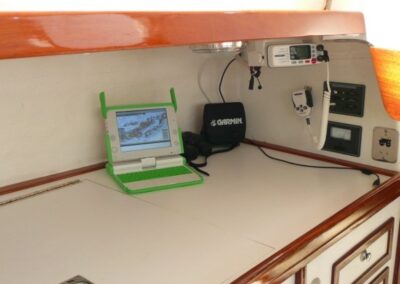 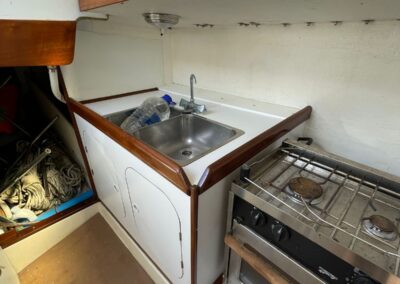 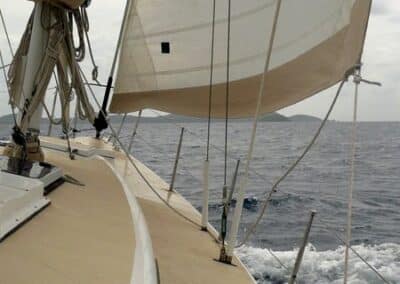 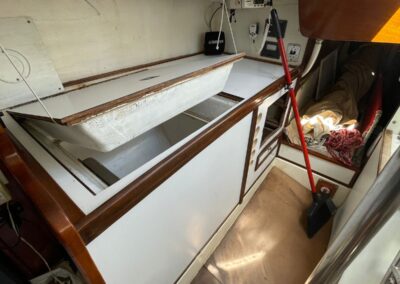 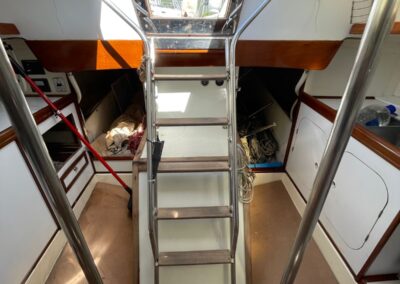 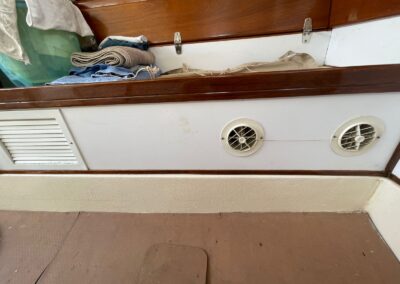 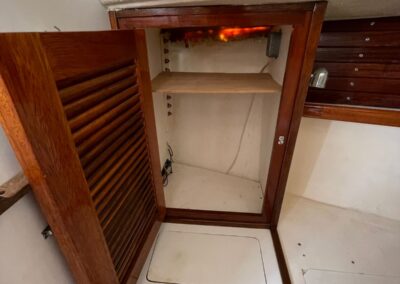 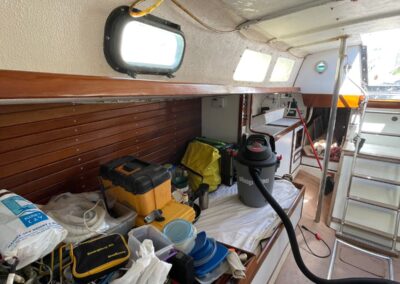 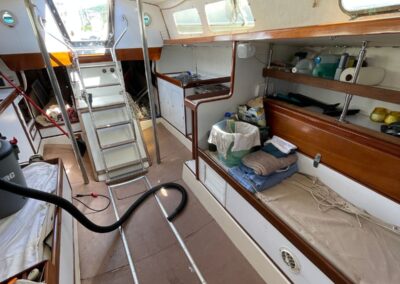 The Cal 40 is a roughly 39-ft 4-in fiberglass production racing and cruising sailboat, of which about 155 were built in Costa Mesa, California, starting in 1963. The first mass-produced sailboat that was capable of sustained surfing on waves, the Cal 40 dominated ocean racing during the 1960s like no other design before or since. It?s the original longboard, a Southern California surfing machine that is capable of sustained 15-knot downwind speeds.However, the design is actually is a good all-around performer, proven by Cal 40 wins in upwind, long-distance races?not just in downwind runs.
Rascal, has sustained some damage due to hurricane Irma in 2017. The mast has been spliced and boom is on board but she needs new spreaders before she is stepped.

The interior has been modified over the years and has been used as a liveaboard (complete with air-conditioning!) She has the upgraded rudder (Shumaker) which is important for these boats, and also has a hydrovane, however the vane shaft got bent when it fell so would need a new shaft to work.

If you are looking for a cult classic racing machine the Cal 40 will not disappoint!