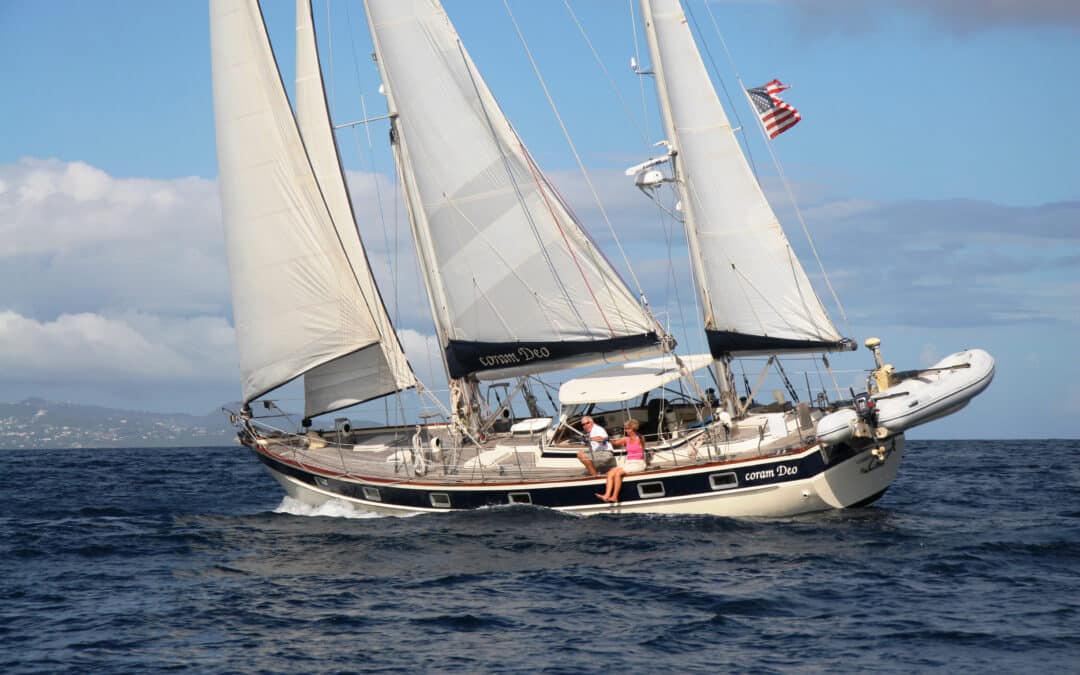 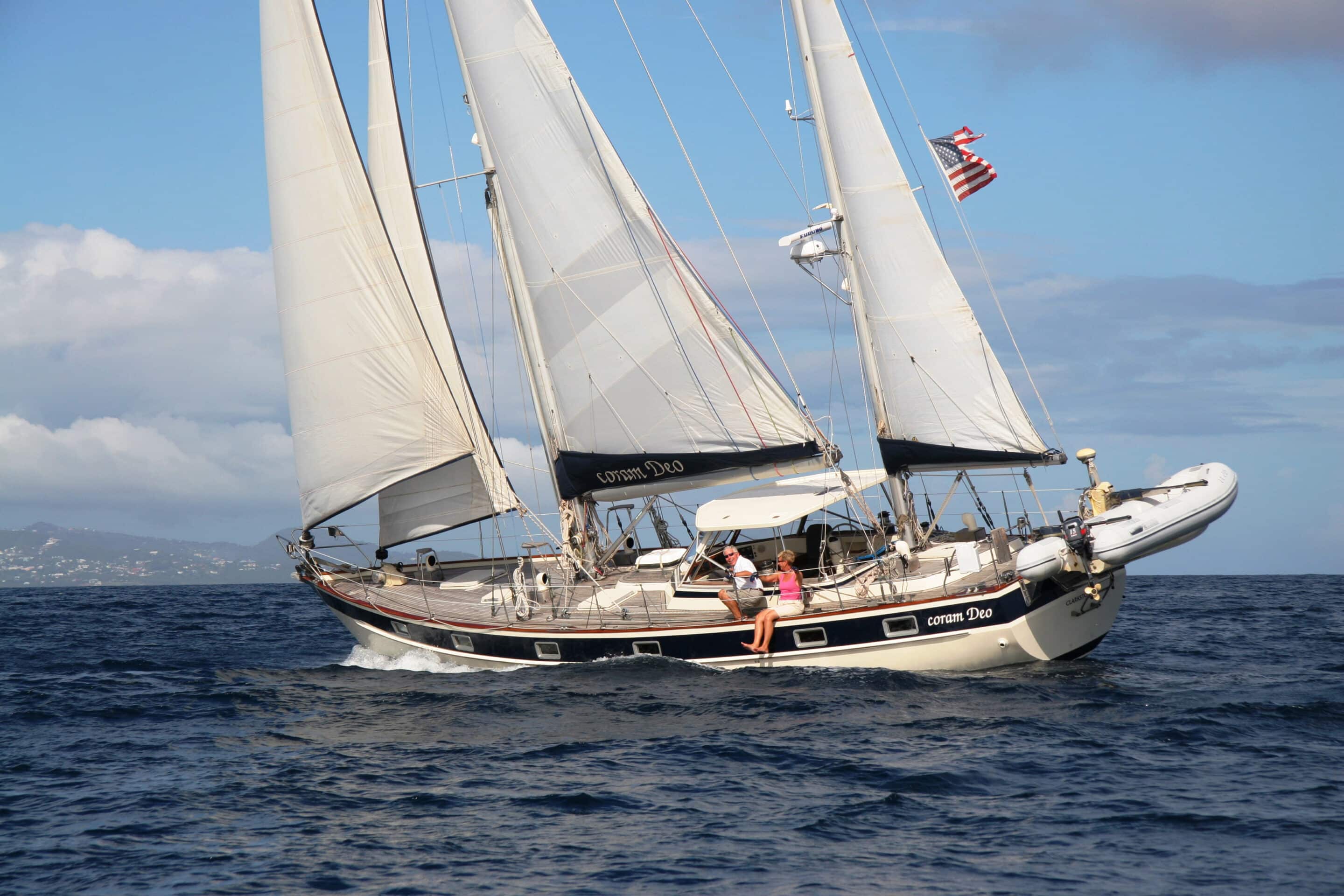 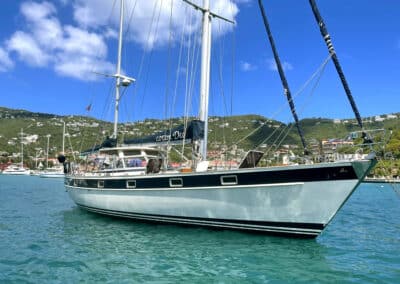 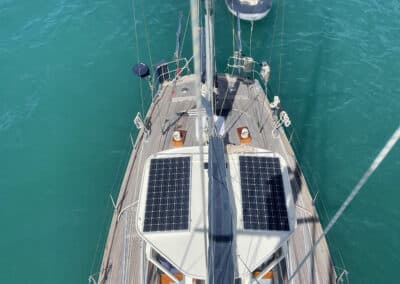 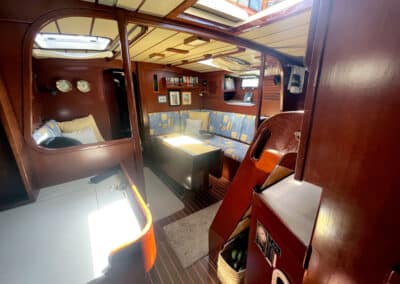 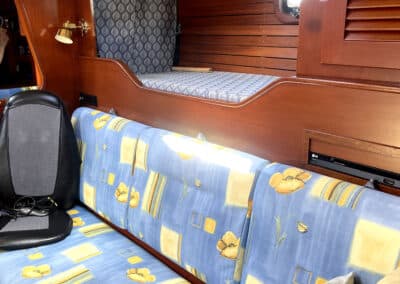 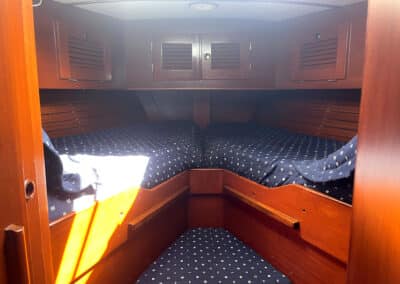 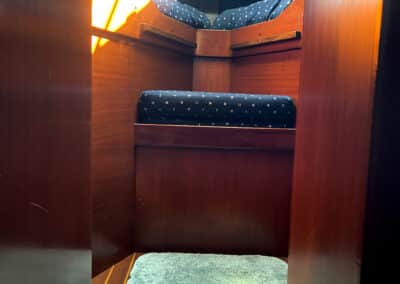 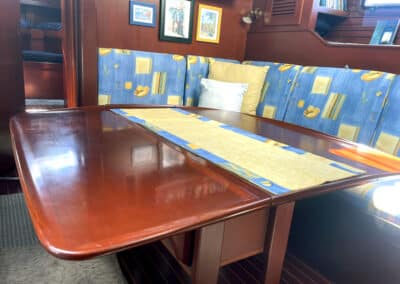 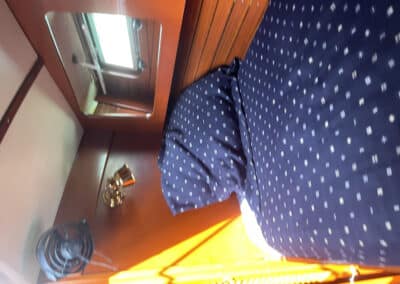 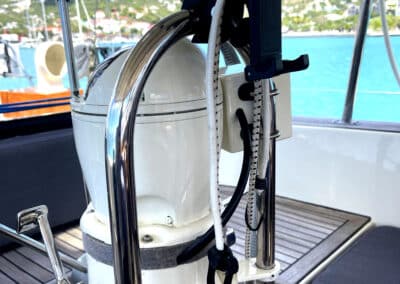 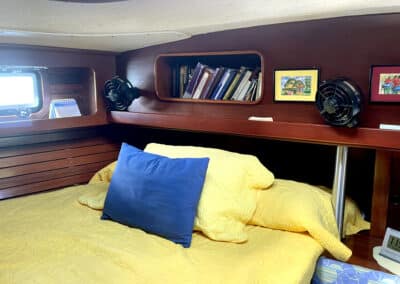 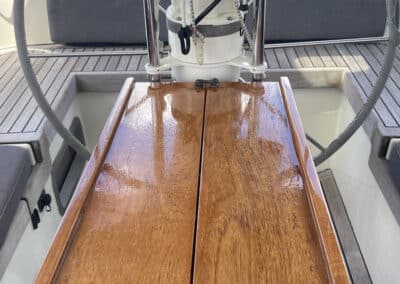 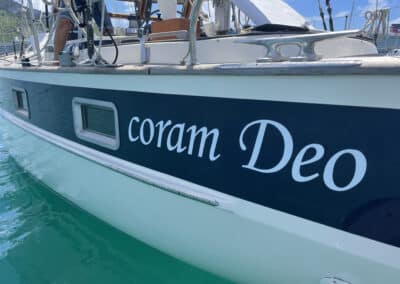 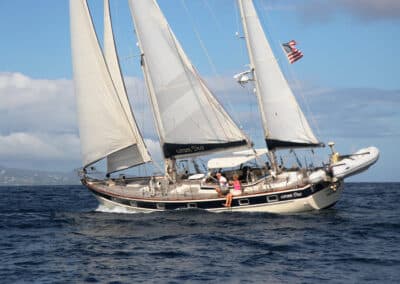 Powerful Offshore Cruising Ketch of Amazing Pedigree…. fully outfitted, and constantly upgraded and maintained, she is in great condition and ready to go anywhere right now.  Check the full description for more info!

The original owner, we have learned, was a Delaware, USA corporation that used the boat for two seasons in the Baltic, from May of 1984 thru the end of 1985 at which time it was shipped overland to the area of the Black Sea. It was never commission there but was eventually shipped to the USA Navy yard where it was stored for sometime. Eventually it was sold to a governmental official, a director within the Central Intelligence Agency we were told. She was then sold to a gentleman from the San Pedro Yacht Club who refit her and sailed her in the Eastern Pacific for 10 years. She was then sold to someone on the US East coast who never sailed her. She was bought from him by the owners before us ( from here called PO)  who had her refit at Bennett Brothers Yachts in Wilmington North Carolina in 1996-7 with new deck, rigging and electronics. We met her in Grenada where we befriended the   PO and family. PO’s wife, we learned, had grown up just down the street from our home in Waterford, Michigan. PO was an electrical engineer who retired early from a Silicon valley start up company. PO  helped me with electrical problems we were then having on our fresh out of charter Hunter 430. We knew the Hunter would not serve our needs of live-aboard cruising. Eventually we learned that PO was trading up and when we looked at the HR 49 we knew she had everything we would need to sail, live and work in the Caribbean or wherever.  We moved aboard in April, 2001. We are the sixth and longest owner with 21 years onboard S/V Coram Deo.  We have sailed from FL to Venezuela and Columbia and spent much time in the islands the Eastern Caribbean, the ABC islands and in Puerto Rico and the Virgin Island since 2014. We have hauled out during hurricane season in Puerto Rico, Antigua, Grenada and Trinidad. We have spent most of our years at anchor except when she was stored occasionally in a marina. We have done several significant refits over the years including converting the crew double berth to a proper office, converted the aft cabin from a double and single berth to one larger bunk with a small settee and additonal storage, replaced the original windscreen and added a full cockpit hardtop, replaced the Westerbeke generator with a Northern Light 6 KW, and in 2019 replaced the teak deck with 1/2′ Burmese teak providing for another good 20 years of service.

S/V Coram Deo has been a solid and comfortable home in the islands of the Caribbean for us for over 21 years. We have worked online on the boat from the Virgin Islands down thru all the Lesser Antilles to Venezuela using ‘Coram Deo’ as our base of operations. In the meantime, we enjoyed living on the sea and in these beautiful islands with a strong, dependable boat that has made comfortable living and traveling a pure joy. So for anyone who longs to get away from the chaos of this world and live at their own pace, whether continuing to do work via the internet or just enjoying the wonders of the Caribbean without the hassle of light weight and easily broken production boats and all the hassles that come with that, we suggest that an HR is a great choice. While HRs are not designed for their boat show appeal, this one is a masterpiece of fit and finish craftsmanship. But in the end her worth is made clear in her sea kindliness and comfort in blue water and her traditional beauty and comfort at anchor.